Brian Crall runs the Comedy Spot in the Mars Building in Midtown, but he is not your average Comedy Club Owner/Manager/Performer. In an industry that is usually driven by alcohol sales, hierarchical cool-guy behavior, and exclusivity, Brian Crall is all about inclusivity. Well, that and making excellent comedy shows.

“Our mission,” Brian tells me “is to give comedians a place to learn, experiment, fail, and thrive. Our mission is NOT ‘just let white dudes with beards be in charge of everything, say crude shit all the time, and be mysoginist onstage.’ Our attitude is ‘if you come to our space, we want you to see yourself represented here. So it’s important to me that we are always doing things that open the doors for everyone to be a part of our community.”

Brian was paying the rent for The Comedy’ Spot’s first space, from his own wallet, back between 2001 and 2005, using the tips he made as an airport skycap. (Note: those guys don’t make a lot in tips). And he was doing that with three kids to raise!

Their space was tiny, (just 20 seats), but they felt good because they were developing their craft, and growing their audience. Plus, Brian always had faith in his vision for what he knew the Comedy Spot could be. “I knew if I could just get us through that hard time, we’d eventually start making money.”

“Everything in my life happens by chance.” Brian tells me.

“Chance?” I wonder silently to myself. “Or super positive karma cuz you’re actually quite a rad dude?”

“When we needed 10k to buy our first tiny space, I randomly mentioned that fact to my landlord at my apartment building at the time and he said ‘Oh, yeah. I’ll back you. So we got the money. Which was like… WHAT?!”

“A few years later, in 2009,” Brian says, “one of the comedians working with us knew Edie Lambert from KCRA, and invited her to a show. She came and really enjoyed herself, so we ended up going to Tower Cafe for dessert afterwards. She said ‘I have a friend who has a space in mid-town and they might be interested in having you guys there. This was during the recession, so they gave us a one year lease and a really good rate. I’m sure they were thinking ‘The economy will come back and then we can get rid of these guys because they probably won’t be able to afford this anyway.’ But, gratefully, November will be our 10 year anniversary in the Mars Building. So. That’s pretty awesome.”

Pretty awesome indeed. Also awesome was the quality of the work that was happening (and continues to happen) at the Spot. The shows were solid, word of mouth began to spread, their classes grew in size, and eventually they got their liquor license.

“Because the space was created to get away from the worst parts of bars,” Brian tells me, “I didn’t want it to be a comedy club that existed just to sell drinks. I also didn’t want the shows getting interrupted by drink service. I wanted the quality of the work to stay high. But, the liquor license really did help us out financially, so we decided to do it our own way. No drinks are served during our shows, but you can buy beer before and after. And people seem to really dig that.” 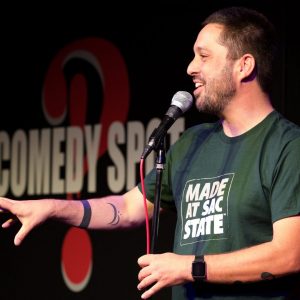 I tell Brian that it seems like he really cares about all the important stuff that really matters. And he’s honest with me.

“The truth is, the point for us was we always want to support comedians. We want comedians to get paid. So, what started off as a way to get our own space, really sort of accidentally became a community. Somewhere along the line, we all sort of realized that we’re all a bunch of misfit toys, and we’re all in this together, you know? And so I try to make sure that we are not a place where people are just out to get theirs. But more like we’re all there to be a community and we all take care of each other.”

I’m interviewing Brian from the Dallas airport and I tell him “Dude. You’re gonna make me cry at this Panda Express right now.”

He laughs. Then he continues to elicit fluids from my eye holes. 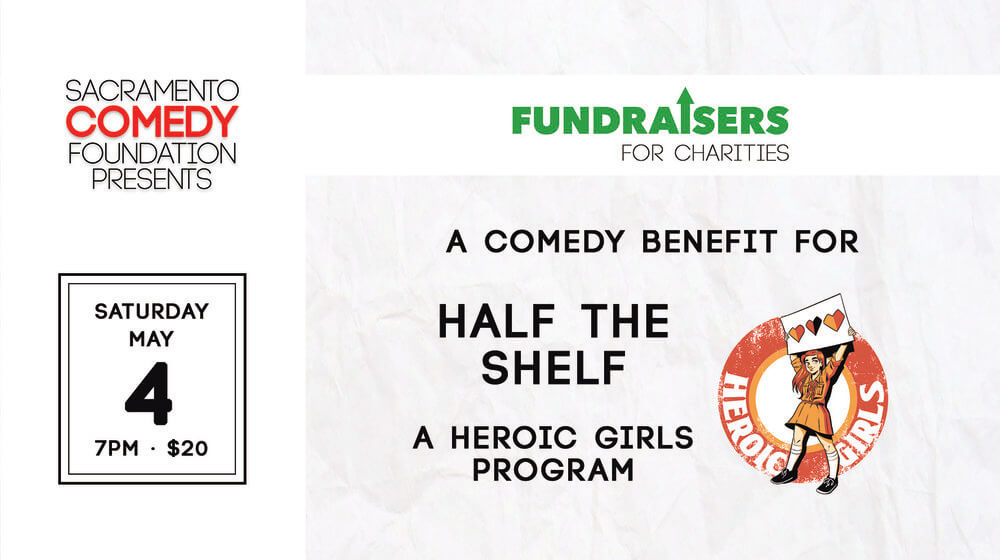 “I tried, for a while,” Brian says, “to get investors, but people literally laughed at me. And I understood. I mean, it’s not a traditional business, that’s for sure. So, eventually, we formed a non-profit and I just donated the Comedy Spot to the non-profit.

“The coolest thing is, the more involved we’ve gotten with developing our board, the more involved in the community we’ve gotten. Like, we started a kids improv program: theimprovkids.com. We do drop in classes for that now. And we’re working with this charity called “The Center.” With them, we are gonna do after-school programs, and school assemblies that deal with being confident, and empowering creativity in kids and cool stuff like that.”

We also have this great program called Fundraisers for Charities. We curate all the acts, so all the charity has to do is sell tickets to a comedy show. We’ve worked with Heroic Girls, the LGBTQ, Rainbow Fest, Women’s Empowerment, Weave, and a bunch of others. It’s really cool.

“Do you know how amazing it is for me, a female comedian, to hear how much you guys care about people and the planet and giving back?” I ask Brian.

“Here’s the thing…” he pauses to gather his thoughts. “Like, we’re not good at feeding the homeless. We’re good at comedy shows. So, we’re just using what we’re good at to benefit our community. We’re know we’re probably not gonna save the world with jokes, but we’re trying to really help people out doing what we do best, you know?”

I do know, bro. I do know. “How did you get to have such healthy and generous priorities,” I ask Brian. “It usually takes folks a while to learn that in life.”

“I had a really awesome Mom, you know?”

“And I seriously think she would probably punch me if I did anything to anyone. So, I can’t mess around.” 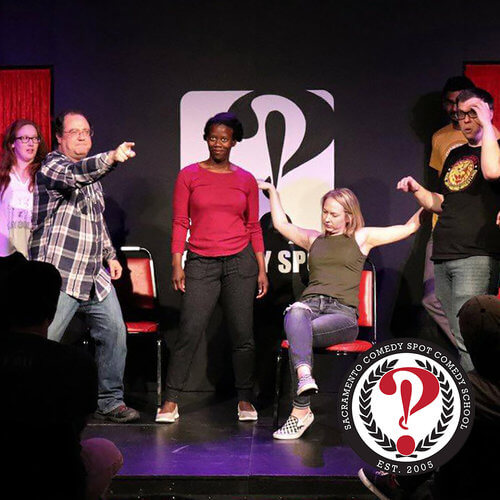 “Honestly, though, and I mean this very much for real: This place would not exist if it wasn’t for everybody who currently performs there, and people who have performed there in the past, but have now gone on to LA, and people who were there for a while and don’t want to do comedy any more, everyone, I mean… The Comedy Spot is a huge group effort- and if we didn’t have employees, theater assistants, bartenders, volunteers, interns, then none of this could work. I’m very aware that this is not a one man show. It’s just a group of awesome people all working together to make awesome comedy.”

I tell Brian I have to go because my plane is boarding and he’s probably gotta go do more amazing, life-giving, heart-opening, community-building, wonderment-creating things.

He laughs. I laugh.

And for a little while, I feel really good about human beings, and the kindness and joy we have the capacity to create.